You’re thinking “Gimme a Break, I can’t learn anything about state versus local oil and gas regulation from 1980’s television shows.” But let’s take a Quantum Leap of faith together and I’ll guide you to the Head of the Class on the issue of preemption by using a 1980’s television show analogy.

Despite the obvious choices of Dynasty and Dallas, we’ll focus instead on Clair and Cliff Huxtable from The Cosby Show.

It’s a beautiful Saturday in Brooklyn and Clair Huxtable (we’ll liken her to the state) has told her son, Theo (he’s our oil and gas operation), that he can go out that night, but only if he spends the day taking his sister Rudy to the park. As Theo’s parent, Clair has the authority to impose this condition on him. Likewise, the state, under the Oil and Gas Conservation Act, has the authority to impose conditions on oil and gas operations. See section 34-60-101, C.R.S. et seq. The state exercises its authority through regulations promulgated by the Colorado Oil and Gas Conservation Commission (COGCC) created in section 34-60-104, C.R.S.

Now, in classic 1980’s sitcom fashion, Theo has separately asked his dad, Cliff (he’s our local government), if he can go out that night in hopes that Cliff will say yes with zero conditions attached. Cliff responds that Theo can go out that night, but only if Theo stays home all day to clean the house. Like Clair, Cliff has the authority to impose this condition on Theo. Like Cliff, local governments may regulate oil and gas operations, and they do it through: (1) their authority to regulate land use under section 29-20-104, C.R.S.; (2) their zoning authority set forth in part 1 of article 28 of title 30, C.R.S., (county planning and building codes) and part 2 of article 23 of title 31, C.R.S., (municipal planning and zoning); and (3) their permitting authority (“1041” authority) under part 1 of article 65.1 of title 24, C.R.S.

And, now, back to our show. What is Theo to do? 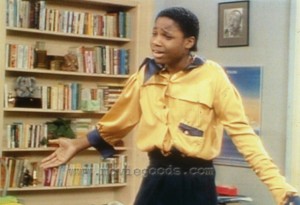 He can’t abide by both Clair’s and Cliff’s conditions because their conditions conflict with one another. Whose condition controls?

Let’s recall that Clair is the state in this analogy, so she has the power to preempt Cliff from regulating Theo. The preemption doctrine establishes a priority between potentially conflicting laws enacted by various levels of government. Bd. of County Comm’rs v. Bowen/Edwards, 830 P.2d 1045, 1055 (Colo. 1992). There are three categories of preemption: express preemption, implied preemption, and preemption by operational conflict. Thus, there are three ways in which Clair could override Cliff’s condition:

In Bowen/Edwards, the Colorado Supreme Court determined that the state has not expressly or impliedly preempted local governments from regulating oil and gas operations. But the court recognized that some local governments’ oil and gas regulations may be in operational conflict with the state’s interest in “[f]oster[ing] the responsible, balanced development, production, and utilization of the natural resources of oil and gas in the state of Colorado in a manner consistent with protection of public health, safety, and welfare, including protection of the environment and wildlife resources.” Courts must make this determination on a case-by-case basis. In Voss v. Lundvall Bros., 830 P.2d 1061 (Colo. 1992), the court determined that even a home-rule city’s ordinance may be subject to preemption by operational conflict with regard to oil and gas regulation. The court held that the state’s interest in oil and gas production preempted Greeley’s ordinance completely banning all oil and gas drilling within its city limits.

In Town of Frederick v. North American Resources Co., 60 P.3d 758, 765 (Colo. App. 2002), the Colorado Court of Appeals held that the Town of Frederick’s technical conditions on well drilling, safety requirements, and setback, noise abatement, and visual impact provisions were all preempted on the basis of operational conflict. But the court held that the town’s requirements for special use permits and inspection and application fees were not in operational conflict with state regulations. See also Bd of County Comm’rs v. BDS Int’l, LLC, 159 P.3d 773 (Colo. App. 2006) (county’s ordinance was preempted by operational conflict with respect to provisions concerning fines, financial security, and access to oil and gas operators’ records).

Under the land-use, zoning, and permitting authority vested in it by statute, the City of Longmont has recently updated its oil and gas regulations to keep up with new technology in hydraulic fracturing, or “fracking”.  Fracking involves pumping a mixture of water, sand, and chemicals deep underground to fracture bedrock and capture the fossil fuels released from the process.

While drafting the ordinance, Longmont received a letter from the Colorado Attorney General, on behalf of the COGCC, requesting that the city “reject the draft regulations as being in operational conflict with the [Commission’s] regulatory regime.”  Despite the letter, Longmont passed the ordinance imposing oil and gas regulations on July 17, 2012. Two weeks later, the COGCC sued Longmont, seeking a declaratory judgment invalidating portions of the ordinance as preempted by state law.

In its complaint, the COGCC argues that the following provisions of the Longmont ordinance are in operational conflict with the Commission’s own regulations pertaining to:

If the court permits the lawsuit to go forward, it will have to determine whether parts of Longmont’s ordinance “would materially impede or destroy” the state’s interest in regulating oil and gas development and whether Longmont’s preemptive “special exception” provision saves the ordinance from, well, preemption.

Stay tuned … it’s sure to be an exciting courtroom drama…