By Ed DeCecco and Sharon Eubanks

A critical part of legislation that creates a new program or changes an existing one is the appropriation clause. Through this clause, the General Assembly exercises its plenary power of the purse and authorizes an agency to spend state money from an identified source for a particular purpose, usually for a limited time. Recently, the trend has been to include more details in the clauses, but their basic format has essentially been the same for over a century. During that time, the clauses have been interpreted and applied without much controversy.

Here is a typical, simple appropriation clause written in the new format: 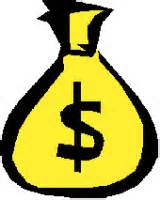 The second sentence identifies the source of the appropriation. If the source is a cash fund, the sentence will include the statutory citation for the fund, but that is unnecessary for the general fund. Also, rather than “appropriating” an FTE, it describes the associated FTE consistent with the definition of “FTE” in §24-75-112 (1) (d) (V), C.R.S., which applies to the Long Bill and complies with Colorado case law.

The third sentence specifically identifies how the department, or in this case the division, is permitted to use the appropriation. In many instances, this last sentence will include additional details about a program or a subdivision within the Long Bill so that the specified use corresponds to a Long Bill appropriation.

A key feature of the new format is what is excluded from the appropriation clause. Three phrases previously included in a clause – “In addition to any other appropriation”, “not otherwise appropriated”, and “or so much thereof as may be necessary” – are omitted from this new version. Instead these phrases are codified in Senate Bill 15-098, which the Governor signed into law on February 25, 2015. So the phrases will still apply to, but not clutter, each clause.

Previous Post: Not Even a Cup of Coffee: Gift Bans on Lobbyists Can Directly Affect Legislators!
Next Post: Marijuana Tax Revenues: Refund Madness!