Less than two years after the Supreme Court held in State v. Lobato that Colorado’s public school financing system complies with the constitutional requirement to provide a “thorough and uniform” system of public education, parents and school districts are again suing to increase the amount of state money appropriated for public schools. The new lawsuit – Dwyer v. State of Colorado – focuses on the negative factor and whether it violates the constitutional requirement to increase the amount of statewide base per pupil funding by inflation each year. To better understand the plaintiffs’ claim, we’ll start with some background on how the state funds its public schools. 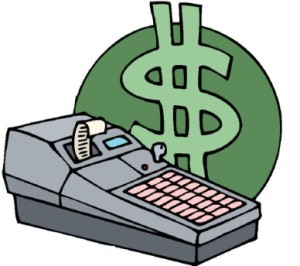 In 2000, the voters of Colorado passed a citizens’ initiative – Amendment 23 – that requires the General Assembly to increase the amount of statewide base per pupil funding by inflation plus one percent every year for fiscal years 2001-02 through 2010-11 and by inflation every fiscal year thereafter. As explained earlier, statewide base per pupil funding is important because it’s the basis for calculating how much each school district receives in total program funding each year. 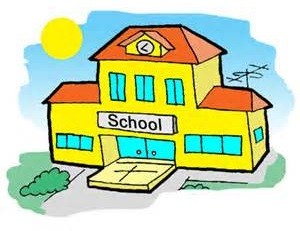 the other expenses of state government.

Each year since 2000, the General Assembly has increased the amount of statewide base per pupil funding by at least the amount required in Amendment 23. However, because of the negative factor, the General Assembly in the 2014-15 fiscal year appropriated about $894.2 million less than it would have otherwise appropriated to fund the state share of total program funding.

Constitutional Challenge to the Negative Factor
Last June, a group that includes parents of students enrolled in public schools, educational organizations, and school districts – we’ll refer to them generally as “the parents” – filed suit against the State of Colorado, Education Commissioner Robert Hammond, and Governor John Hickenlooper – we’ll refer to them as “the state” – claiming that the statute that creates the negative factor is unconstitutional. The parents claim that the voters who approved Amendment 23 understood that it required total program funding levels to increase each year, regardless of other state funding or revenue needs. They argue that the negative factor actually is applied to and reduces the statewide base per pupil funding and that it therefore violates the requirements of Amendment 23.

Last August, the state filed a motion to dismiss the lawsuit. The state argued that the General Assembly has fully complied with the plain language of Amendment 23, which requires annual increases to statewide base per pupil funding, but does not require increases in total program funding for school districts.

The trial court issued an order in November of 2014 denying the state’s motion to dismiss. The trial court found that, since Amendment 23 prescribes minimum increases in the state funding for public education, the parents alleged sufficient facts by asserting that the negative factor reduces funding for school districts below the level that Amendment 23 requires.

Supreme Court Proceedings
Last January, the state asked the Colorado Supreme Court to exercise its original jurisdiction and issue a rule that the General Assembly’s actions to annually increase the statewide base per pupil funding amount comply with the requirements of Amendment 23, regardless of the negative factor. The Supreme Court directed the parents to file written answers as to why the Court should not grant the state’s request for a rule.

The parents have filed their answer, which makes generally the same arguments as the complaint – that the negative factor actually operates to reduce the statewide base per pupil funding and therefore violates Amendment 23. The parents also argue that, when Amendment 23 passed, the voters understood the language of Amendment 23 to be increasing per pupil expenditures.

Previous Post: What’s So Important About a 10-day bill? How About a 30-day bill?
Next Post: The Race is On to the End of the Session: Automatic Rule Changes Pick Up the Pace