This week, the Colorado Supreme Court handed down its opinion in Dwyer v. State of Colorado, holding that the negative factor, which is applied in calculating funding for school districts, does not violate section 17 of article IX of the Colorado constitution – commonly referred to as Amendment 23. Reviewing the Dwyer opinion presents an excellent opportunity to observe some of the presumptions and rules of statutory and constitutional interpretation in action.

Facts and Issue
For a discussion of the facts and issues in the Dwyer case, see this LegiSource article posted last April. For now, suffice it to say that in 2010, the General Assembly created the negative factor, which reduces school district funding to ensure that the state’s funding responsibility for public P-12 education doesn’t exceed the state’s available resources. In 2014, a group of parents, school districts, and education organizations sued the state claiming that the negative factor violates Amendment 23 which requires annual minimum increases to “the statewide base per pupil funding, as defined by the Public School Finance Act of 1994, article 54 of title 22, Colorado Revised Statutes….” 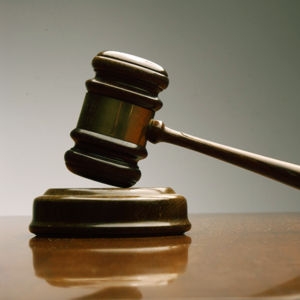 The persons suing the state – we’ll call them the parents – claimed that the negative factor that the state imposes violates Amendment 23 because, when the amendment refers to “statewide base per pupil funding,” it really means the total funding for public education. When Amendment 23 passed, applying the formula to a higher base automatically resulted in an increase in the total funding. So that’s what the voters must have intended. With the negative factor, however, even though the base increases by inflation, the amount of overall funding for public education does not increase by inflation.

Chief Justice Nancy Rice, writing for the Court, summed up the issue like this:

Legally speaking…Plaintiffs’ challenge to the negative factor presents a surprisingly straightforward question of constitutional interpretation. Quite simply, this case is about one thing: the meaning of the term “base.”

Statutes presumed constitutional: §2-4-201, C.R.S.
The opinion starts with the bedrock presumption that the statute that creates the negative factor is constitutional, and a person who claims otherwise must prove it beyond a reasonable doubt. Avid LegiSource followers may recall our discussion of the presumption of constitutionality in an article published earlier this summer.

As explained in a previous LegiSource article, the plain meaning rule says that a court must give words their ordinary and popular meaning, and if the language of a statute – or in this case a constitutional provision – is clear and unambiguous, then it must be enforced as written. The Court also recognized that, just as legislators are presumed to know the current state of the law when they vote to change it, voters who vote for an initiative “are presumed to know the existing law at the time they amend or clarify that law.”

The parents argued that the explanation of Amendment 23 in the 2000 Blue Book – the explanation of ballot measures prepared for voters by the Legislative Council – suggests that voters intended to ensure an annual increase in the total funding for public education. But the Court said that “only where the amendment’s language ‘is susceptible to multiple interpretations’ do we look beyond it to ascertain the voters’ intent.” Since the Court found that the language can be interpreted only one way, it did not consider any evidence of voter intent.

Court must avoid an interpretation that has an absurd result
The parents also raised another standard rule of constitutional interpretation: Implementation of a constitutional provision is intended to be just and reasonable, and an unjust, absurd, or unreasonable result should be avoided when construing a constitutional provision. The parents argued that interpreting Amendment 23 to require an increase in statewide base per pupil funding but to allow a decrease in total education funding produces an absurd result.

But the Court found that

…it was perfectly rational, not absurd, for voters to insist that the State annually increase base per pupil funding (which is uniform across all school districts) while simultaneously affording the General Assembly discretion to modify factor funding (which is specific to each individual district).

But, remember, the Court’s holding was a 4-3 decision. Three of the justices who applied the rules of statutory and constitutional interpretation decided that the meaning of Amendment 23 was not all that plain and that the parents should be able to present their arguments at trial.

Correction, Oct. 6, 2015: The headline of this article was changed for clarity.