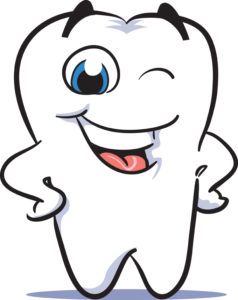 The letters worked. In North Carolina, soon only dentists were whitening teeth.

But there was a problem: The Federal Sherman Act prohibits “every contract, combination, or conspiracy in restraint of trade”. It is well-settled law that trade is restrained by forcing your competitors out of the market so you can charge more. And the members of the board had agreed to force these folks out of the market, so there was a combination or conspiracy. The board’s letters appear to violate the act.

Now I bet that some of you are thinking, “So what?” The board acted under the color of law. After all, don’t all laws regulating professions restrain trade? If nothing else, these laws stop unqualified people from competing with qualified people. Do all the laws that regulate professions violate this act? What gives?

Yes, technically, laws that regulate professions restrain trade. And although the act of passing a state law doesn’t violate the Sherman Act, the actions of people are a different matter. People can’t violate federal law merely because the state has a law allowing it. So there is a potential conflict between the actions taken under state programs and federal law. And this, as you can imagine, is a bit of a problem for business regulation in a federal system of government. So the U.S. Supreme Court has created the state-action exception.

If a regulatory program falls under the state-action exception, then the program and any incidental restraint of trade by the program do not violate the Sherman Act. But this raises the question of how “state action” is defined. To the degree that a regulatory program looks like a legitimate exercise of state power to protect the common good, the courts will defer to the state. But if it looks like the state has merely blessed a restraint in trade, the courts won’t defer to the state.

An example can be found in California Retail Liquor Dealers Assn. v. Midcal Aluminum, Inc. In this case, California passed a law creating a framework for its wine companies to fix prices. The United States Supreme Court ruled that a state can’t pass a law excepting its citizens from federal law.

The court explained: “Limits on state-action immunity are most essential when the State seeks to delegate its regulatory power to active market participants, for established ethical standards may blend with private anticompetitive motives in a way difficult even for market participants to discern.”

Returning to North Carolina, a statute did not actually declare whitening teeth to be the practice of dentistry. And it was pretty convenient that eight out of the ten members of the board of dentistry are dentists. So when the U.S. Supreme Court decided this issue, in North Carolina Board of Dental Examiners v. Federal Trade Commission, what do you think was the outcome?

You would be right if you said that the cease-and-desist letters violated the Sherman Act.

Although the reasoning of the decision follows the reasoning of prior decisions, this is the first time the Court has ruled that the actions of a state regulatory board violate the Sherman Act. Boards that include market participants are common in professional regulatory programs. Some states are concerned that many of their boards are affected by the ruling.

If so, a state board should be careful to stay within the bounds of its statutory authority. And a state should make sure that each board with market participants is actively supervised by a governmental agency. The Court didn’t give very specific advice about what kind of supervision is needed. It did say that supervision should ensure that “a private party’s anticompetitive conduct promotes state policy, rather than merely the party’s individual interests.”

Although the decision has caused some concern for the states, one point to remember is that the Court didn’t strike down the whole program; it merely stopped the dental board from issuing cease-and-desist letters. Under the ruling, the board is still regulating dentistry.

Previous Post: When Does a Legislator have Standing to Sue?
Next Post: Statutory Revision Committee: A Legislative Revival