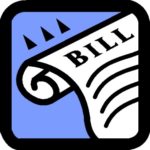 legislator requires year-round attention to legislative responsibilities. The first bill request deadline is still almost three months away (Thursday, December 1), but there are significant benefits to starting the bill drafting process as early as possible during the interim. (See Ask OLLS posting “The start of the legislative session is over 4 months away. Why should I bother to get my bill requests in now?”)

Submitting bill requests early allows legislators, legislative staff, and stakeholders more time to research, consider, develop, and draft bills. And there are other benefits for legislators who can invest a little more time on bill drafting earlier in the fall.

Time Management:
There’s no way around it – bill request deadlines require legislators and staff to complete the bulk of the bill drafting before the convening date of the next session. A legislator can wait until the deadline to submit his or her bill requests and spend the four to five weeks immediately before session – including the holidays – in heavy drafting mode or try to shift a portion of the pre-session drafting demands to earlier in the interim and:

A lot can change between now and January and it may seem that drafting in September and October could be a waste of time. After all, a legislator may need to significantly change, update, or even withdraw a bill draft before introduction. But that’s okay, because it’s usually easier and faster to revise or rewrite an existing bill draft than to create it from scratch at the last minute. Even if a legislator finds that he or she must withdraw a bill request, he or she doesn’t lose the benefits of early drafting efforts.