Not much, it turns out.

Despite nearly six years of legal speculation and arguments, as well as approximately 100 amicus briefs filed in support of both sides of the case, the narrow holding of the U.S. Supreme Court’s 7-2 majority opinion is primarily a critique of the actions of the Colorado Civil Rights Commission (CCRC) rather than a strong message supporting or restricting free speech, religious expression, gay marriage, or the wedding industry.

Background
The case began with a visit in July of 2012 to the Masterpiece Cakeshop (Cakeshop) in Lakewood, Colorado, by Charlie Craig and David Mullins. Craig and Mullins are a same-sex couple from Colorado who planned to marry in Massachusetts because same-sex marriage at 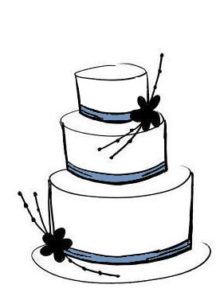 that time was not yet recognized in Colorado. They planned to return to Colorado after the wedding to celebrate with family and friends. The purpose of their visit to the Cakeshop was to order a wedding cake for their Colorado celebration.

The couple left the Cakeshop after meeting with the owner, Jack Phillips, who, without discussing specifics of any potential cake design, declined to make a wedding cake for them. Phillips informed the couple that he did not and would not create wedding cakes for same-sex marriages because of his deep and sincerely held Christian beliefs. However, Phillips told them they were free to purchase brownies, cookies, or regular cakes from the bakery.

The Long Legal Road
After their Cakeshop visit, Craig and Mullins filed a complaint with the CCRC under the state’s anti-discrimination laws related to places of public accommodation (section 24-34-601, C.R.S.), which prohibits businesses open to the public from discriminating against customers on the basis of disability, race, creed, color, sex, sexual orientation, marital status, national origin, or ancestry. The complaint resulted in a lawsuit, Craig v. Masterpiece Cakeshop, which the CCRC decided in favor of the plaintiffs. Phillips appealed the decision to the Colorado Court of Appeals, which affirmed the CCRC’s decision and order.

In each proceeding, the legal argument presented by Craig and Mullins was that Cakeshop, a place of public accommodation, had discriminated against them based on their sexual orientation. Phillips, on the other hand, argued that requiring him to create cakes for same-sex weddings would violate his right to free speech by compelling him to express a message with which he disagreed and would also violate his right to the free exercise of religion.

The Colorado Supreme Court declined to hear an appeal, but the U.S. Supreme Court granted cert and agreed to hear the case in its 2017 term. After multiple filings from both parties, along with the aforementioned amicus briefs (from parties ranging from the Trump Administration to the Southern Poverty Law Center), the Court heard oral arguments on December 5, 2017. The 7-2 opinion, authored by Justice Anthony Kennedy, was released on June 4, 2018.

The Bottom Line
In his majority opinion (Masterpiece Cakeshop v. Colorado Civil Rights Commission, 584 U.S. ___ (2018)), Justice Kennedy acknowledged that the Court appeared to face “the delicate question of when the free exercise of [Phillips’] religion must yield to an otherwise valid exercise of state power.” However, the CCRC’s utter lack of neutrality in its deliberations made it unnecessary for the Court to determine the extent to which the CCRC’s final decision may have encroached upon Phillips’ rights.

Justice Kennedy quoted remarks made by two members of the CCRC at two of the public hearings that were held to consider Phillips’ case. Each of the quotes, according to Kennedy, exhibited “a clear and impermissible hostility” toward Phillips’ sincerely held religious beliefs. Moreover, wrote Justice Kennedy:

The record shows no objection to these comments from other commissioners. And the later state-court ruling reviewing the Commission’s decision did not mention  those comments, much less express concern with their content. Nor were the comments by the commissioners disavowed in the briefs filed in this Court. For these reasons, the Court cannot avoid the conclusion that these statements cast doubt on the fairness and impartiality of the Commission’s adjudication of Phillips’ case.

Justice Kennedy then noted that on at least three prior occasions, the Colorado Civil Rights Division had considered the cases of bakers who refused to create cakes with images that conveyed disapproval of same-sex marriage, along with religious text. Each time, the Division had found that the baker acted lawfully in refusing to provide such a cake.

In light of these facts, Justice Kennedy concluded that the CCRC’s hostility to religion was “inconsistent with the First Amendment’s guarantee that our laws be applied in a manner that is neutral toward religion.” Because the CCRC failed to weigh the State’s interest against Phillips’ sincere religious objections in a neutral manner, as required by the Free Exercise Clause, the CCRC’s order concerning Phillips “must be set aside.”

So Phillips does not have to make a wedding cake for Craig and Mullins, but only because Phillips’ beliefs were not respected by the Colorado Civil Rights Commission. If another same sex couple walks into Phillips’ shop—or any other bakery—and orders a wedding cake, we don’t really know whether the baker is required under law to sell them the wedding cake. All we know is that the public body that decides the case must respect the sincerely held religious beliefs of the parties.