I know that the end of part one of this article was quite the cliffhanger, and you’ve probably been obsessively refreshing the LegiSource page to see what happens after the Title Board sets the ballot title for an initiative. So, without further delay, here is the conclusion of the initiative process.

Once the ballot title is officially set, the proponents may proceed to the signature-gathering phase, which many people think of as “those times when I’m accosted outside of King Soopers to sign something, but that is not nearly as fun as being accosted to buy Girl Scout cookies.” (Okay, that might just be me.) The reason for these encounters is that the state constitution requires that an initiative petition be signed by a number of registered electors in the state that is greater than or equal to 5% of the total number of votes cast for all candidates for the office of Secretary of State at the previous general election. Currently, that threshold is 98,492 signatures. Lucky for designated representatives, they may use volunteer and paid petition circulators to help gather signatures.

As a result of Amendment 71, an initiative from 2016, if the initiative is for a constitutional amendment, then 2% of the total required signatures must also come from each Senate District. This has had a twofold effect. First, it means that citizens throughout the state are involved in the petition process for constitutional initiatives. Second, it’s been a major boon for businesses that sell maps of the state Senate Districts.

Circulators must collect the signatures on petition sections approved by the Secretary of State, which include LCS’s fiscal information abstract on the first page of the initiative section and have spaces for the electors to sign their name and identify the address. So, if someone outside of King Soopers asks you to sign anything other than this official form, then congratulations, you’re famous, and someone wants your autograph.

Submission and Verification of Petitions

The designated representatives must turn in their signed initiative petitions to the Secretary of State no later than six months after the date a ballot title is set or three months before the election, whichever date is sooner. Secretary of State Wayne Williams will then personally review and verify each signature submitted, oftentimes visiting with each elector to confirm that he or she signed the petition. (Not true. I was just checking to see if you were still paying attention.) The Secretary of State’s office will verify that the petition is signed by registered electors of the state using random sampling, and, depending on the number of valid signatures, possibly a line-by-line analysis.

If there are enough signatures to meet the constitutional requirements, then the Secretary of State will deem the petition sufficient, and barring a successful protest against the determination, the proponents have successfully navigated the initiative process and the measure will appear on the ballot.

But before jumping to the ballot, a word about the Blue Book is in order. Named as an homage to The Beatles eponymous album or, perhaps, because it has a blue cover, the Blue Book is the excellent ballot information booklet published by LCS as required by the state constitution. It includes the full text of the initiative, the title, a fair and impartial analysis, and arguments for and against it. If the measure is a matter arising under TABOR, then it will also include fiscal information required by that initiative, which was approved by voters in 1992.

LCS prepares three drafts of the measure, and solicits feedback from interested parties and the public. The Legislative Council committee considers LCS’s final draft and may modify it with a 2/3rds vote. Once completed, the Blue Book is mailed to every residence in the state with a registered elector. Everyone should have received the 2018 version. It is just a smidge shorter than Moby Dick because it describes a total of 13 initiated and referred measures. 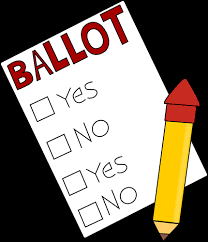 If approved by voters, the initiative will officially become part of the Colorado Constitution or the Colorado Revised Statutes, and the designated representatives may finally rest on their laurels. I, on the other hand, may have to prepare a LegiSource article about their successful endeavor. So thanks for that!

For additional resources about the initiative process, check out these helpful links: