As any long-term resident of Colorado knows, over the past five years the state has undergone an explosive growth in population, making it one of the fastest growing states in the United States. Consequently, Denver’s housing market is booming, and Denver-metro residents have likely seen a steady rise in their property’s value. This increase would normally correlate to an increase in residential property taxes, but because of an interesting provision in the state constitution known as the “Gallagher Amendment,” residential property tax rates remain unequivocally low. For rural areas that are primarily supported by property taxes, and where property owners have not seen the exponential increase in property value that Denver has, the Gallagher Amendment has left local governments with less revenue to support a steadily growing population.

Enacted as part of a constitutional amendment in 1982, the Gallagher Amendment was initially designed to maintain a constant ratio between property tax revenue from residential property and from commercial property. Although perhaps not its original intent, Gallagher has since kept property taxes low for homeowners so they aren’t financially overburdened by their property tax bill should their property value increase. It establishes a formula precluding the assessed value[1] of all residential property from being more than a target percentage[2] of the total assessed value of all real property in the state. Businesses, on the other hand, are responsible for fulfilling the remainder of that target percentage. 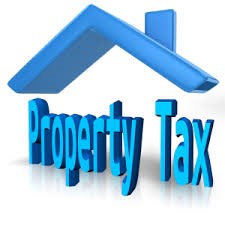 But to add to the complexity of Gallagher, in 1992 voters passed an amendment to the Colorado constitution, commonly known as “TABOR,” which states, in part, that all increases in the valuation for assessment ratio for a property class must be approved by voters. This new restriction made any rise in the RAR subject to voter approval. Even in those years when Gallagher dictated an increase, the RAR remained unchanged because the General Assembly did not seek voter approval for the increase under TABOR. Since the inception of Gallagher, and especially since being tethered to TABOR, the RAR has been in steady decline. In 1983, the RAR established in the state constitution was 21 percent, the highest the rate has been in the past 30 years. Currently, the RAR is 7.2 percent,[3] and it appears that the General Assembly may need to lower it again in future reassessment cycles.[4]

So what does all this have to do with local governments?

With the exception of municipalities, a large number of local governments get most of their revenue from property taxes. Services such as fire protection, public education, and the establishment and operation of local libraries are primarily funded through the collection of property taxes. If there’s a decrease in that revenue, then those types of local governments struggle to provide even the most necessary services to their residents. Over the last few years local governments in rural Colorado have seen a significant decrease in property tax revenue. Specifically, fire districts, school districts, library districts, and other special districts have been impacted in their ability to support the populations they serve. This drop in revenue is primarily attributed to the continued fall of the RAR.

As property values increase in the more metropolitan areas of the state, the RAR continues to fall to keep property taxes from going over the target percentage required by the Gallagher Amendment. For the Denver metro area, this drop in the RAR hasn’t had nearly as significant an impact on revenue, because it has a denser population to support it, and because home values in Denver have skyrocketed. But in rural Colorado, home values, as well as local populations, aren’t experiencing that same boom, and in some cases rural residents are paying less in property taxes than they have in years past.

Prior to the passage of TABOR, a special district could float its mill levy (the number of mills assessed by a local government against the assessed property value, resulting in more property tax revenue) to counteract any cyclical economic cycles and help protect its primary revenue source. For example, a special district could raise its mill levy when the RAR decreased to ensure the incoming property tax revenue remained constant, and then decrease the levy if property values increased again. Since TABOR’s passage, though, special districts can float their mill levies down but are prohibited from floating their mill levies back up without a vote of the people, a costly and sometimes fruitless endeavor.

Fire protection districts in particular have voiced great concern over their capacity to fight the wildfires that ravage the state every summer with a steadily decreasing budget, staff, and resources. In 2018, after being urged by the Colorado State Fire Chiefs, in conjunction with the Special District Association of Colorado, former Governor John Hickenlooper filed interrogatories with the Colorado Supreme Court asking them to weigh-in on the issue. The former governor submitted three legal questions: 1) whether TABOR and the Gallagher Amendment conflict with one another in the way they affect property taxes; 2) whether TABOR should take precedence over Gallagher; and 3) whether Gallagher should be stricken from the constitution altogether. The Court, however, declined the interrogatories.

The property tax dilemma has, for now, been left in a state of uncertainty. Until a more permanent solution is reached that meets both the needs of taxpayers and local governments, the Gallagher Amendment in its current construct will continue to govern property tax law.

[4] The Residential Assessment Rate Study for 2019-2020 projecting the new residential assessment rate to be 6.95 percent: https://drive.google.com/file/d/1o3HgqYCkWnDIQkRQx4YIxPi2Z0EiQHDz/view