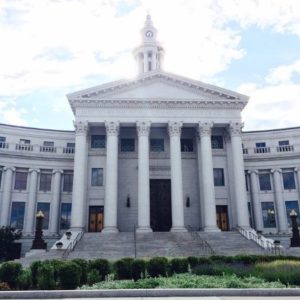 Most of the single subject case law from the last quarter century addresses proposed initiatives and is generated when the Colorado Supreme Court considers appeals of Title Board decisions.[2] But two recent single-subject challenges to bills enacted by the General Assembly have yielded interesting and informative, albeit not precedentially binding, Denver District Court decisions. One case involves a successful challenge to a bill that was not especially lengthy, complex, or broad in its scope; the other case involves a thus far unsuccessful challenge to a bill that was lengthy, complex, and broad in its scope.

This post, which is the first of a three-post series on recent developments in single subject case law, examines the first of those two decisions. The second post will examine the second of those decisions, and the third post in the series will examine the Colorado Supreme Court’s recent decision holding that a proposed initiative to repeal the Taxpayer’s Bill of Rights (TABOR) contains a single subject.

The first case, Arapahoe Cnty. Sch. Dist. No. 1 et al. v. Colorado,[3] involved a single subject challenge to House Bill 18-1306, “Concerning ensuring education stability for students in out-of-home placement, and, in connection therewith, making an appropriation.” House Bill 18-1306 contained six substantive sections;[4] the plaintiffs alleged that section 7 of the bill violated the single subject requirement. Section 7, which was added to the bill in the Senate, eliminated a requirement that a school district that wishes to furnish transportation to a child who resides in another school district first obtain the approval of the school district in which the child resides. The plaintiffs contended that it violated the single subject requirement because, unlike the other substantive provisions of the bill, it did not apply only to “students in out-of-home placement.” The Denver District Court agreed with the Plaintiffs. In an order granting their motion for summary judgment, the court declared “[s]ection 7 of House Bill 18-1306 … to be void and of no effect” on the grounds that:

The state initially planned to appeal the order granting plaintiffs’ motion for summary judgment, but the General Assembly rendered the appeal moot by enacting Senate Bill 19-039, which restored the district of residency approval requirement that the voided section 7 of House Bill 18-1306 had sought to eliminate.

What can we learn from the Denver District Court’s Order in Arapahoe Cnty. Sch. Dist. No. 1?

In the next posting, we’ll discuss the lessons to be learned from the district court’s decision in TABOR Foundation et al. v. Colorado Dept. of Health Care Policy and Financing et al., which addressed a single subject challenge to Senate Bill 17-267, “Concerning the sustainability of rural Colorado.”

[2] Before a proposed initiative to change the Colorado Revised Statutes or amend the Colorado constitution can be circulated for signatures and placed on the ballot, the Title Board, a three-member statutory body composed of designees of the Secretary of State, the Attorney General, and the Office of Legislative Legal Services, must determine whether the measure satisfies the single subject requirement and, if it does, “designate and fix a proper fair title” for it. Sections 1-40-106 and 1-40-106.5, C.R.S. Appeals of Title Board decisions are made directly to the Colorado Supreme Court. Section 1-40-107 (2), C.R.S.

[4] Sections 2 through 7 of the bill included substantive amendments to Colorado law, while section 1 contained a non-statutory legislative declaration, section 8 contained an appropriation, and section 9 was a standard “act subject to petition” clause.