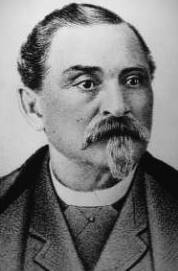 If you take a drive up I-70 and visit Breckenridge, just off the main street you’ll see a little yellow Victorian house surrounded by modern restaurants and art museums. Step inside and you’ll be transported back in time to when Barney Ford was alive. But who was he? And why was he so important to our state’s history?

Barney Ford was born into slavery in Virginia in 1822. His mother, Phoebe, prayed for her son to escape, and at the age of 17 Barney escaped his enslavement via the Underground Railroad and made it to Chicago.

It was in Chicago that Barney met and married Julia Lyon (or Lyoni), who helped him pick out his middle and last names—as an enslaved person, he didn’t have them—and he chose Lancelot Ford. He worked as a barber and helped support the Underground Railroad and abolitionist efforts. But he dreamed of going west to California, and in 1851 the Fords set out together, traveling via ship from New York because traveling across the country as a former enslaved man was unsafe. When their ship stopped in Nicaragua, Barney and Julia went ashore and they fell in love with the area. Together they built a successful hotel and restaurant and stayed there for many years until a local civil war destroyed their businesses. The Fords left Nicaragua and, in 1860, moved to Colorado.

Barney Ford was one of the first people to find and put a claim on the gold deposits in the land above Breckenridge, but Colorado law forbade a Black man from owning mining claims or homesteads. After being chased away and threatened in the middle of the night, Ford opened up a barbershop on Blake Street in Denver. Barney Ford was a savvy and intelligent businessman, and he ran many other successful businesses in Denver, including the People’s Restaurant and the Inter-Ocean Hotel. He even opened a second Inter-Ocean Hotel in Wyoming.

In 1880, Ford returned to Breckenridge and opened Ford’s Chop House, making him the first Black business owner in the town. He built a five-room house in Breckenridge for his family, and he built it without a key room – a kitchen! Instead, his family ate food from the restaurant.

In Denver, Ford was active in politics and fighting for the rights of Black men and women. He fought for their right to vote, their right to 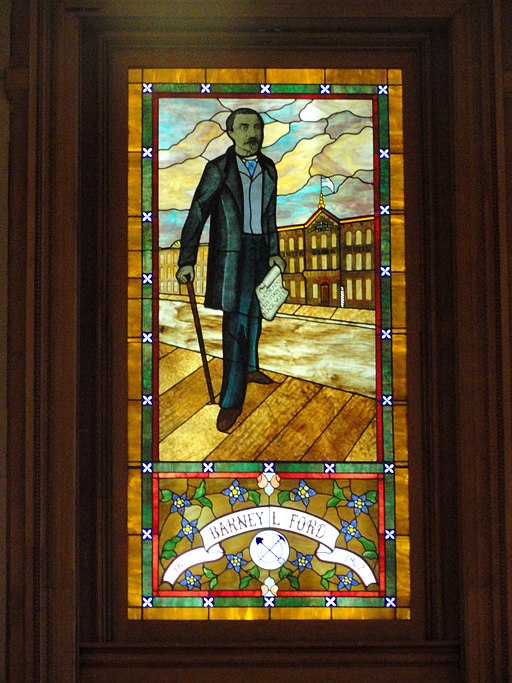 receive an education, and their civil rights. He helped other formerly enslaved individuals receive an education. And, in 1864, he was part of a contingent of Black pioneers who fought against statehood for Colorado because the amendment for statehood excluded voting rights for Black men. Ford taught evening classes to the community about the principles of democracy, and along with Henry O. Wagoner, his brother-in-law and a well-known Black abolitionist and journalist from Chicago, opened up a school for African American children.

Barney Lancelot Ford died in 1902 in Denver at the age of 80. Ford was inducted into the Colorado Business Hall of Fame and the Colorado Black Hall of Fame, and he was honored with a stained glass portrait in the House Chamber of the Colorado State Capitol building. While many of the buildings he once owned have been torn down, both the original site of the People’s Restaurant at 1514 Blake Street in Denver and his Victorian cottage on Washington Street in Breckenridge still stand. The little yellow Victorian cottage is now the Barney Ford Museum, which visitors can tour daily.

For more information on Barney Ford and his contributions to Colorado’s history, visit: