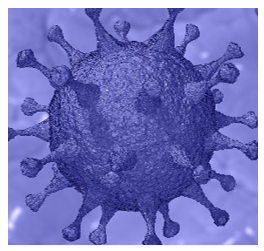 The Executive Committee of the Legislative Council sent out a joint release on December 21, 2020, announcing the plan to delay the 2021 legislative session due to safety concerns. The state is still under a declared statewide public health disaster emergency order, and the December COVID infection numbers are expected to remain high into January. According to the release, the plan is for the 73rd General Assembly to convene on Wednesday, January 13, as required by the Colorado Constitution and take care of any necessary business, including the swearing in of newly elected legislators. The General Assembly will then temporarily adjourn until, tentatively, mid-February when, hopefully, COVID infection rates will be lower and legislative work can continue in a more normal manner.

What does this mean for legislators?

No one really knows for sure. Last session, the General Assembly temporarily adjourned for six weeks only to reconvene long enough to take care of the state’s budget and other miscellaneous bills that were considered necessary. Many bills introduced as part of the normal legislative session or that had substantial fiscal impacts were “Postponed Indefinitely” or “Deemed Lost” by the end of the 2020 session. The General Assembly had to drastically shift gears upon reconvening to prioritize the passage of the budget-balancing bills needed to adjust for the revised forecasts of significant revenue loss and balance the state’s budget.

This year is a little different in that the legislative session has not yet started, and legislators should have a better idea of the budget they will be working with for the 2021-22 fiscal year, hopefully eliminating unpleasant budget issues halfway through session. In addition, the General Assembly convened for a special legislative session in early December to pass legislation deemed necessary to help the state and its citizens weather the economic hardships of the pandemic. Having provided some relief with these bills, legislators may now have the opportunity to consider other needed legislation.

Also, this year the temporary adjournment will be at the beginning of session. This allows the Executive Committee to adjust deadlines and clarify expectations for the bulk of the legislative session.

Although the December bill request deadlines are behind us, there is still time for legislators who have not yet requested their last two bills to submit those requests by the Tuesday, January 19 bill request deadline. Because of the delayed start, all of the filing dates for bills have been delayed until later in the year. The Executive Committee of the Legislative Council issued a joint letter on Wednesday, December 23, 2020, explaining the new filing and introduction deadlines. The new filing deadlines are:

This session, the plan is to have all the prefile (or first) bills and the early bills filed before the session reconvenes and ready to be introduced (read across the desk) on the first day back in session (tentatively February 16). The bills will be assigned to committees as they are being read across the desk and, with the potential for 300 bills to be introduced within a couple of days, committee work will truly begin in earnest.

These changes to the filing deadlines mean that legislators will have more time than usual to draft and prioritize all five of their bill requests before those requests must be filed with the House and Senate. Because of the delay in the session, legislators can take a little more time to work with drafters and stakeholders to get their bills crafted early enough to enable fiscal analysts to draft fiscal notes even before the bills are filed for introduction.

The Executive Committee is still determining how to adjust the remaining session deadlines – i.e., first house committee passage and final passage, second house committee passage and final passage, introduction and passage of the Long Bill, and many others – to keep session work moving along. Once that information is determined it will be announced.

What we know for sure is that things are uncertain during a pandemic. Many bills were left on the side of the road last year due to extreme time constraints, budget reductions, and a shortened legislative session. And of course, until the declared disaster is lifted, everything is subject to change.

For more information regarding bill order, see “Got Bill Requests? Next Step is the Bill Order”. But please disregard any deadlines included in the article.