by Patti Dahlberg and Yelana Love

The Colorado Commission on Uniform State Laws (CCUSL) is Colorado’s delegation to the national Uniform Law Commission (ULC). The ULC is comprised of more than 300 commissioners appointed by all 50 states, the District of Columbia, the U.S. Virgin Islands, and Puerto Rico. The CCUSL meets each year to identify a preliminary legislative agenda of approved uniform acts for potential introduction in Colorado. The CCUSL then typically hosts two or three public meetings at the state capitol to discuss its proposed legislation, listen to interested parties, and finalize its legislative agenda. The CCUSL sends advance notice of the meetings held in the capitol to interested parties, posts meeting information on the General Assembly and the CCUSL websites, encourages public testimony at the meetings, and broadcasts the meetings over the internet. 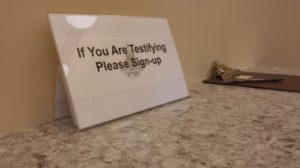 Amendments to the Uniform Probate Code (2019). Colorado first enacted the Uniform Probate Code (UPC) in 1973 and then enacted various updates and additions throughout the years as the opportunity arose, most recently the 2008 UPC Amendments. The 2019 Amendments to the UPC continue to modernize the law by providing a more consistent formula for determining intestate shares within blended families and removing outdated terminology.

Uniform Cohabitants’ Economic Remedies Act. States have no consistent approach for addressing whether and how cohabitants can enforce contract and equitable claims against each other when the relationship ends. This act does not create any special status for cohabitants. In most instances, it defers to other state law governing contracts and claims between individuals. The act enables cohabitants to exercise the usual rights of individual citizens of a state to contract and to maintain contract and equitable claims against others in appropriate circumstances. It affirms the capacity of each cohabitant to contract with the other and to maintain claims with respect to “contributions to the relationship” without regard to any intimate relationship that exists between them and without  requiring them to address issues that would not be faced by litigants of similar claims.

Uniform Prevention of and Remedies for Human Trafficking Act (2013). This act provides three components to reduce human trafficking: comprehensive criminal penalties; protections for human-trafficking victims; and public awareness and prevention methods. Uniformity in this area may improve coordination and collaboration across state lines in the investigation and prosecution of human trafficking and would allow national and regional victim-advocates organizations to better advise and assist victims across the country.

Uniform Restrictive Employment Agreement Act. This act regulates restrictive employment agreements, which are agreements that prohibit or limit an employee or other worker from working after the work relationship ends. The act addresses the enforceability of these agreements, notice and other procedural requirements, choice of law issues, and remedies. The act does not say anything about an agreement monitoring what a worker can or cannot do while employed.

Uniform Unregulated Child Custody Transfer Act. In some cases, parents find that, after the birth or adoption of their child, they experience considerable difficulty or even inability in caring for or effectively managing the child’s behavior, which sometimes leads to families transferring custody of a child to another person without the involvement of the courts and the child welfare system. Without specific regulations directed at these types of unregulated transfers, a transfer of custody might go unnoticed within the child welfare system. This act addresses the transfer of children in these types of cases.

Uniform Voidable Transactions Act (2014).  The amendments in the Uniform Voidable Transactions Act (UVTA) strengthen creditor protection by providing remedies for certain transactions by a debtor that are arguably unfair to the debtor’s creditors. The 2014 amendments to the UVTA address a small number of narrowly defined issues and are not a comprehensive revision of the act. Colorado adopted the original act, formerly known as the Uniform Fraudulent Transfer Act, in 1991.

For more information concerning the ULC and CCUSL, check out these articles: