With all due respect to The Mamas and Papas, Monday is a fine day of the week too. Yes, we sometimes get a little sad on Sunday night anticipating it, and of course Friday is objectively better. Still, the word is derived from the Anglo-Saxon word Mōnandæg, which loosely means “the moon’s day,” and the moon is awesome. Plus, there is Monday Night Football, and there is an internet myth that it is the least likely day of the week to have rain, and … wait, I can’t do this. I’ve tried to be cheerful, but I’m with the majority of the rest of the world—Mondays kind of stink!

Or at least they usually do, but Monday, January 9, 2023, is certainly an exception. On that date, the 74th General Assembly of the State of Colorado will convene its First Regular Session. 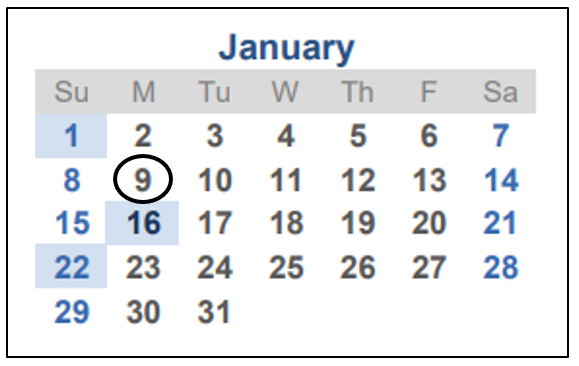 The reason session is starting on a Monday is a combination of constitutional provisions. Section 1 of article IV of the state constitution requires the newly elected Governor, Lieutenant Governor, Attorney General, Treasurer, and Secretary of State to take office on the second Tuesday of January, which this year falls on January 10, 2023. And section 3 of article IV of the state constitution requires the election returns for these officers to be transmitted to the Speaker of the House, “who shall immediately, upon the organization of the house, and before proceeding to other business, open and publish the same in the presence of a majority of the members of both houses of the general assembly, who shall for that purpose assembly in the house of representatives.” Under section 3, members of both houses are also required to decide the winners if the general election ends in a tie or is contested. To ensure the statewide officers can take office in a timely manner and to comply with its constitutional duties, the General Assembly must convene earlier than the second Tuesday in January.

When this last occurred in the 2019 legislative session, the General Assembly adopted House Joint Resolution 18-1021 to set the convening date on the Friday prior to the second Tuesday and to make related changes to the deadlines set forth in Joint Rules 23 and 24. It then passed another resolution in 2019 to restore the deadlines after the session to their prior form.

While everyone enjoys a two-for-one deal when it is a BOGO at King Soopers, it is less appealing with legislation. So this time around, the General Assembly adopted House Joint Resolution 22-1025, which created Joint Rule 22A to establish alternative deadlines that only apply for the 2023 legislative session. This rule only applies for this session, and it repeals on January 1, 2024. Joint Rule 23 and other related rules will apply again thereafter, or at least they’ll apply until the next time the General Assembly has to create a one-time rule to address this type of situation, which will be in 2027.

One deadline that is not included in the resolution or rules but that warrants mention is sine die. Under section 7 of article V of the Colorado Constitution, sessions are limited to 120 days in length, and in most years, the General Assembly uses all of its allotted time. If that is the case again in 2023, then, barring any unforeseen circumstances,[1] the General Assembly will adjourn on Monday, May 8, 2023. So now we have at least two Mondays to look forward to in 2023!

[1] The author has assured the LegiSource Board that he vigorously knocked on wood after typing this sentence, so as to avoid the cosmic response of an increased likelihood in 2023 of the application of Joint Rule 44 (g), which applies to the counting of legislative days during a temporary adjournment during declared disaster emergency.