By Jennifer Gilroy and Abby Chestnut[1] 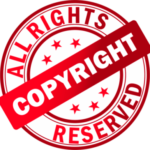 Here is a civically inspired thought for you: As a citizen of the United States, you own the law. The law is not subject to copyright protection, so it finds its home in the public domain. However, questions may arise about whether the original works, such as case annotations and editor’s notes, that often accompany the law when it is published are subject to copyright protection or are also owned by the people.

The U.S. Constitution charges Congress with promoting the “progress of science and useful arts” by developing copyright law, and Congress has done so by allowing original, individual expressions that have a “modicum of creativity” to receive copyright protection. If like most people, you’re unsure of what a “modicum” is, a synonym is “shred”. The laws passed by a legislative body, as representatives of the people, are not creative, individual expressions that are entitled to be protected by copyright.  However, as a general rule, a “modicum of creativity” is an extraordinarily low standard and, therefore, copyright protection attaches to most original works.

And herein lies the rub with copyright and statute publication. While the text of the law itself is not copyrightable, most parts of the federal and state codes are accompanied by “ancillary works” such as editor’s notes, source notes, and, most substantively, annotations that summarize appellate court cases interpreting the statutes. These ancillary publications may, in fact, possess a “modicum of creativity” and, depending on how they are written and published, may be copyrightable.

Even when material is subject to a valid copyright, someone may use that material if it is a “fair use” under the law. Courts will consider four factors to determine whether a use was, in fact, “fair” and not an infringement on the copyright:

If the ancillary works accompanying the statutes are copyrighted and later reproduced when people copy and use the annotated statutes without permission, there is an issue as to whether that use would be “fair.”

Colorado has neatly side-stepped this sticky issue.  Consistent with court findings and scholarly opinions, the Colorado General Assembly views the Colorado Revised Statutes—including their arrangement, headnotes, and numbering systems—as part of the public domain and does not attempt to copyright them. However, Colorado law authorizes the Committee on Legal Services, or its designee, to copyright—not the statutes—but the original publications and editorial work that accompany the Colorado Revised Statutes. (See section 2-5-115, Colorado Revised Statutes) Unlike most states, the Colorado legislature’s nonpartisan staff in the Office of Legislative Legal Services drafts the ancillary publications related to the statutes, including source (history) notes, editor’s notes, cross references, various indices, and case annotations, all of which are published together with the statutes, both in print and online.

Pursuant to its statutory authority, the Committee on Legal Services historically registered a copyright in these publications. But in 2016 the Committee suspended the practice, citing to the fact that, unlike other states where editorial work and case annotations are the product of a work-for-hire private contractor, in Colorado the publications are a product of state-paid legislative staff and are made freely available on the Colorado General Assembly’s public access website.  The Colorado General Assembly, through its Committee on Legal Services, contracts with LexisNexis to format, bind, and distribute the Colorado Revised Statutes books. But to ensure broad public access to the state’s laws, the Committee’s publications contract with LexisNexis also requires LexisNexis to host a fully annotated version of the Colorado Revised Statutes in searchable format on the internet without cost to the state or the public. This invaluable resource is directly accessible by the public through the legislature’s website.

In hosting this online resource, LexisNexis provides a website that is searchable and offers several value-added features useful to the legal researcher. And while certain terms and conditions on the site are designed to protect its technology, services, software, graphics, logo, and value-added design features, LexisNexis does not claim a copyright in the law itself or in the additional ancillary publications described in this article.

However, not all states prepare and publish their statutory code in the same way Colorado does; in fact, many do not. For example, Georgia contracts with LexisNexis to publish its Official Code of Georgia Annotated (O.C.G.A.) and to perform certain editorial work and write the accompanying annotations. LexisNexis registers a copyright in the code’s annotations, which Georgia then holds. While the state makes the statutes themselves publicly available online, it makes the official code with annotations available only for sale.

In 2013, an entity purchased Georgia’s official code, scanned it, and posted it in its entirety online. Georgia subsequently sued the entity in the United States District Court for infringement of its copyright. Georgia agreed that the text of Georgia’s law itself belongs to the public. But Georgia argued that the copyright in the original, creative works accompanying the statutes (such as the annotations) are protected by a valid copyright and that copying and distributing the entire annotated code online does not constitute a fair use under copyright law. The defendant argued that the annotations do not possess the “modicum of creativity” necessary for a valid copyright, and even if they do, the use was fair.

Just this month, the court issued its ruling on motions for summary judgment in the case of Code Revision Commission v. Public.resource.org, Inc.  In denying the defendant’s motion and granting Georgia’s motion for partial summary judgment, the court observed that the selection, writing, editing, and creativity of the annotations requires skill, evaluative analysis, and a tremendous amount of work. The court, therefore, determined that these efforts confirm that the annotations are original works entitled to broad copyright protection. The court further found that the defendant had failed to meet its burden of proving that posting a verbatim replication of the O.C.G.A. online was a fair use.

The challenge in Georgia was not the first case of this type and will probably not be the last. While we can say with certainty that the text of the law itself is not copyrightable, the issues surrounding the copyrighting of materials that accompany the law may continue to find their way to court. For now, however, Colorado will not be caught in the thicket of these thorny copyright issues.

[1] Abby Chestnut is a third-year law student at George Mason School of Law who has permanently relocated to Denver where she is completing her studies at the University of Denver Sturm College of Law.  Mrs. Chestnut is participating in an internship this semester at the Office of Legislative Legal Services.  She anticipates receiving her juris doctor degree in May.

Previous Post: New Standard for Education Services under IDEA Still Open to Interpretation
Next Post: The Rise and Fall of 1,100 Cubic Feet of Old Files