Closing in on the final gavel of the first regular session of the 72nd General Assembly, our readers likely have a lot on their (tired) minds. So for our final posting of the session—and the final posting before LegiSource resumes July 11—we’re offering answers to some of the questions you may be asking.

Why is it called a filibuster?

We’ve heard the word “filibuster” used a lot during this session, and we’re all well aware of its definition: “An action such as a prolonged speech that obstructs progress in a legislative assembly while not technically contravening the required procedures.”[1] But what is the derivation of this word? 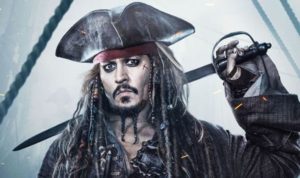 The Online Etymology Dictionary (Dictionary) says the word likely came from the Dutch word vrijbueterin the 1580s was rendered flibutor, and means “pirate” or “freebooter”. The word was used in reference to mainly French, Dutch, and English “adventurers” of the 17th century, many of whom were infamous for ransacking the Spanish colonies in the West Indies.

By the mid-1800s, the English version—filibuster—referred to American adventurers who went down to Central America to foment and lead revolutions to overthrow the local governments. The Dictionary provides an interesting quote from Harper’s New Monthly Magazine, January 1853:

FILIBUSTERING is a term lately imported from the Spanish, yet destined, it would seem, to occupy an important place in our vocabulary. In its etymological import it is nearly synonymous with piracy. It is commonly employed, however, to denote an idea peculiar to the modern progress, and which may be defined as the right and practice of private war, or the claim of individuals to engage in foreign hostilities aside from, and even in opposition to the government with which they are in political membership.

With regard to the legislative process, the word is usually used as a verb, but it retains the sense of the original noun. The Dictionary suggests that when the word began to be used regularly in the 1860s to describe prolonged speeches to obstruct progress in the legislature, the definition was extended in this way “because obstructionist legislators ‘pirated’ debate or overthrew the usual order of authority.”

This has been a really busy session. How many bills were introduced?

While everyone has worked really hard this session, the number of introduced bills is actually less than the number introduced in most of the preceding four legislative sessions.

This year the House introduced 335 bills, which compares with:

The Senate introduced 263 bills this year, which compares with:

Nearing the end of the 119th legislative day, 511 of those 598 bills have been acted on. Of those bills: 109 were killed in committee, two lost on second reading, three lost on third reading, 202 are in the process of final enrolling, 39 are sitting on the Governor’s desk; and the Governor has already signed 155.

How long does the Governor have to act on a bill?

If, however, the House and the Senate adjourn sine die before the Governor’s 10 days for action have passed, then the Governor has 30 days after sine die to act on the bill before it becomes law without his signature. And if he vetoes the bill, there is no opportunity for an override vote.

What does sine die mean? And how do you pronounce it?

The exact translation of the Latin term, “sine die”, is “without a day.” As applied, it means that the General Assembly adjourns without specifying the day on which they are returning. During the session, when each house adjourns at the end of a legislative day, the

motion specifies the time and the date when the house will reconvene. On the last day of the session, however, the motion is to adjourn sine die – no return date specified.

As for how it’s pronounced, there seems to be a difference of opinion in the online dictionary electronic pronunciations. Check a variety of websites and you’ll hear sign-uh die-ee; sin-ay dee-ay; and even sign-die. Guess that’s what happens when the people who originally spoke the language have been dead for several centuries.

So when are they coming back?

Just because they adjourn sine die doesn’t mean they don’t know when they’ll be back. As our regular readers know, article V section 7 of the state constitution requires the General Assembly to convene in regular session by 10:00 a.m. no later than the second Wednesday of January each year. One of the last measures to pass each year is a joint resolution that establishes the convening date for the next regular legislative session. This year, Senate Joint Resolution 19-009 sets Wednesday, January 8, 2020, as the first day of the second regular session of the 72nd General Assembly.

That said, the Office of Legislative Legal Services looks forward to welcoming everyone back next January … or sooner if the Governor calls a spec…. no, we’re not even going to put that in type.

[1] Definition from the Google Dictionary.