With the 2020 Legislative Session just around the corner, it seems like a good time to review a few bill basics on bill sponsorship, bill summaries, and the different versions of a bill.

Bill sponsorship must be verified or verifiable.  A legislator cannot simply add another legislator’s name to a bill. The legislator whose name is to be added to the bill must either personally contact staff to make that request or do so in writing.  Legislator A can alert staff that Legislator B wishes to be added as a sponsor to his or her bill but Legislator A should remind Legislator B that he or she will also need to confirm this wish with staff in order for it to go into effect. The House and Senate front desk staff have forms for legislators to use when updating sponsor information after the bill’s introduction. See also “Bill Sponsor Basics: A Quick Pre-session Review”, December 27, 2012. 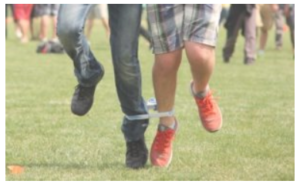 Bill Summaries. Every introduced bill and concurrent resolution has a bill summary. This summary is written in plain language and is intended to be a succinct, clear, and accurate synopsis of the major points of the bill. Bill drafters generally avoid including legalistic and technical terms unless these terms are necessary to avoid confusing or misleading the reader. The summary is not a rewrite of the entire bill and generally does not include detailed information, but should provide a clear idea of what the bill is doing. The only way for a reader to be certain of the details in the bill is to read the full bill. The bill summary appearing on the bill just before the language of the bill applies to the introduced version of the bill and remains unchanged on the bill as it moves through the legislative process, in spite of any amendments passed. For some bills, the original bill summary will continue to be an accurate summary of the bill through enactment, but the reader should not trust that the printed bill summary is accurate after the first committee hearing. If a bill is amended in the first chamber in such a way that the bill summary is no longer accurate, the drafter will update the bill summary and an electronic version will be available on that bill’s webpage on the General Assembly’s website. 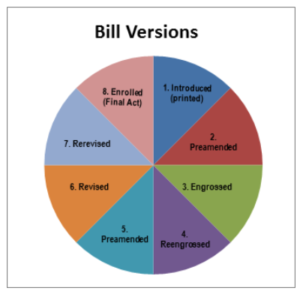 Bill versions. Bills go through several steps during the legislative process, and every step a bill completes is “stamped” starting in the lower right

margin on the front page of the bill. One glance at this “record” tells you where the bill has been and when the bill was amended. The version of the bill is indicated in the upper right side on the front page of the bill. If you are following a bill through the legislative process you will want to be certain that you have the correct bill version in front of you for each step. See also “Bill Versions Mark the Path from Introduction to Final Passage”, February 13, 2015.