The General Assembly, as an institution, is prohibited from making any contributions to a campaign involving the nomination, retention, or election of a person to a public office and from expending public money or making contributions to urge voters to vote for or against a ballot measure. See section 1-45-117 (1), C.R.S. This prohibition applies to the staff and resources of the General Assembly. A legislator may expend up to $50 of public money “in the form of letters, telephone calls, or other activities incidental to expressing his or her opinion” on a ballot measure, referred measure, or measure to recall a public officer. The expenditure of public money in this context generally means the use of legislative staff; equipment such as phones, computers, and copiers; and materials such as paper, office supplies, and postage. A legislator, as an elected official, can express a personal opinion on and may expend personal funds, make contributions, or use personal time to urge electors to vote in favor of or against a ballot measure. Additionally, the employee policies for the Colorado House of Representatives and the Colorado Senate establish limitations and prohibitions on the use of legislative resources in election campaigns. 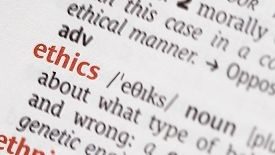 It is improper and unethical to use state equipment and state services such as offices, telephones, internet access accounts, copiers, fax machines, computers, postage, supplies, and staff time for campaign or personal purposes. The use of state equipment for these purposes holds potential civil and criminal liability. See Colo. Const. art. XXVIII, § 9 (2)(a), Colo. Const. art. XXVIII, § 10, and section 1-45-117 (4), C.R.S. A member of the General Assembly, however, is not prohibited from using state facilities or equipment to communicate or correspond with the member’s constituents, family members, or business associates. See section 24-18-106 (2), C.R.S. Furthermore, the official state seal, measuring two and one-half inches in diameter, may only be used by the Secretary of State in an official capacity. However, the Secretary of State has issued rules regarding the use of copies of the state seal by other state entities.

Seems easy enough. Here are some hypothetical situations for your consideration:

Situation #1.  It’s mid-session and you realize that several of the most controversial bills of the session will be coming before the body for consideration in the next few weeks. You are interested in holding a town hall meeting in your district to discuss these important issues with your constituents. Your home community will be celebrating its annual Chipmunk Days in two weeks, and your staff has encouraged you to take advantage of that time to hold a town hall meeting at which you could also do some campaign fundraising. Your legislative aides are ready to prepare automatic phone calls to your constituents regarding the upcoming town hall meeting in your district and, using your state-issued laptop, to reach out to possible campaign contributors regarding the event.

May you use legislative staff and state equipment during regular business hours at the state capitol to generate automated telephone calls to your constituents regarding a town hall meeting to discuss legislative issues and conduct some campaign fundraising?

The correct answer is 2. The use of legislative staff and state resources, including use of your capitol phone and state-issued laptop, during regular business hours to arrange a town hall meeting is permissible if the meeting and phone calls are exclusively related to legislative business. Because this meeting will also be used for campaign purposes, the statutory prohibitions on the use of state equipment or services for campaign or political purposes prevent you from using those resources for such a purpose. Furthermore, Senate and House policies prohibit legislative staff from engaging in election campaign activity relating to your election campaign.

Note: With respect to answer “3”, although section 1-45-117 (1)(a)(II), C.R.S., essentially permits a member or employee of the General Assembly to expend $50 or less of public money expressing his or her opinion, even such a de minimus use of public money to promote a public purpose may trigger a complaint. It is recommended that members and employees stay comfortably clear of the lines separating official duties from political activity in connection with town meetings and other legislative functions.

Situation #2. A very good friend of yours has decided to run for the office of Sheriff in your district. Although he has not asked you, he has hinted that he would really appreciate your support. You would like to send a letter of endorsement to your constituents who reside in that county using your official state legislative letterhead with the state seal on it, but you’re not sure if that might violate the prohibitions on the use of state resources or the use of the state seal.

May you use your official letterhead with the state seal to write a letter of endorsement for a candidate for the office of county Sheriff?

The correct answer is 3. While you may send a letter on your official legislative letterhead with the state seal on it if the contents of the letter are related to a legislative or state function, endorsing a friend for public office is not related to your legislative duties or a state function and therefore would not be appropriate.

Situation #3. As a member of the General Assembly you have been issued a state-owned iPad to assist you with your legislative duties. The features on it allow you to easily access the House, Senate, and committee calendars, follow the bills that specifically interest you, and access your emails. It is so useful that you have found yourself using the iPad almost exclusively and allowing your legislative aide to use your state-issued laptop. Because of its convenience, you have recently been using your iPad to send emails to your family on the western slope both during the day and in the evenings when you take your iPad to your apartment to do legislative work.

May you use the state-owned iPad issued to you as a member of the General Assembly to communicate with your family?

The correct answer is 1. Section 24-18-106 (2), C.R.S., expressly permits you to communicate with your constituents, family members, or business associates using state equipment for purposes not related to an election campaign.