By Jennifer Berman and Thomas Morris

During the 2012 interim, the Water Resources Review Committee (WRRC) heard presentations from a variety of stakeholders interested in maintaining the quality and quantity of Colorado’s water supply, including water users, providers, administrators, and experts. The committee also approved six bills and two resolutions to recommend for introduction in the 2013 regular session. 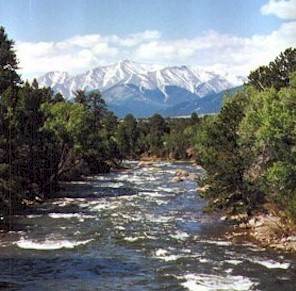 The committee kicked off the interim in June with a two-day tour of water resources in the south metro area. The Colorado Foundation for Water Education, sponsored the tour.

Scheduling its first meeting to coincide with the annual summer conference of the Colorado Water Congress, the WRRC congregated in Steamboat Springs on August 14. The afternoon started with a presentation by Jim Yahn, chairman of the South Platte Basin Roundtable, and Jo Frank, executive director of the Lower South Platte Water Conservancy District, on the history and mechanics of the South Platte River.

Steve Vandiver, general manager of the Rio Grande Water Conservation District (RGWCD); David Robbins, general counsel for RGWCD; and Travis Smith, superintendent of the San Luis Valley Irrigation District, discussed the formation of Subdistrict #1 within RGWCD, which was formed to reduce groundwater depletions. Several individuals from the San Luis Valley who could not be present at the committee hearing submitted a letter to the WRRC expressing concern about the negative impact that Subdistrict #1 has had on senior water rights in the area. The letter can be accessed here.

Committee member Senator Ellen Roberts informed the committee about the activities and purpose of the Lower North Fork Wildfire Commission. She discussed the effect this year’s wildfires have had on Colorado’s water supply and the need to include watershed protection projects as part of wildfire mitigation efforts throughout the state.

Reconvening on Sept. 6 and 7, the WRRC heard presentations about groundwater in the South Platte River Basin, including a presentation by Glen Fritzler of Fritzler Farms about rising groundwater levels in the area impacting homes and farms.

The committee engaged in lively discussions with presenters concerning new stormwater discharge permit requirements and concerns raised by various industries about the extra time, money, and paperwork involved in complying with those requirements.

Representing the Northern Colorado Water Conservancy District, Eric Wilkinson and Carl Brouwer informed the WRRC about the progress of the Northern Integrated Supply Project, a proposed water storage and distribution project that would provide communities in the northern Front Range with 40,000 additional acre-feet of water. Committee members posed many questions to the presenters about the cost of delays caused by pending federal environmental studies and permit requirements.

A presentation about the Chatfield Reservoir Allocation Project prompted the WRRC to draft and sign a letter in support of the project to be delivered to the United States Army Corp of Engineers. The letter can be accessed here.

Geraldine Link of the National Ski Area Association and Glenn Porzak of the law firm Porzak, Browning, and Bushong, discussed a United States Forest Service (USFS) directive that requires ski area permit holders to transfer their portion of water rights jointly owned with the federal government to the federal government. David Blake, assistant solicitor general for the Office of the Attorney General, described litigation that privately-owned ski areas have filed against the USFS in response to the directive. The WRRC considered measures to voice opposition to the directive, including a letter, a resolution, and a bill. The letter submitted to the USFS is available here.

Bill A
Concerning the deletion of the requirement for a final permit for all wells withdrawing designated ground water from the Denver basin aquifers.

Bill C
Concerning limitations on a landowner’s ability to impose conditions on a water right owner as a condition of permission to use land.

Bill D
Concerning points of diversion that are not located at the physical location specified in the decrees for diverted water rights.

Bill E
Concerning the resolution of ambiguities in old water right decrees regarding the place of use of irrigation water.

Bill F
Concerning a requirement that the division of administration of the department of public health and environment follow rule-making procedures when proposing changes to general permits related to water quality control.

Resolution B
Concerning the adverse effects that the diversion of revenues has had on water infrastructure in Colorado.

Meeting agendas and summaries of the 2012 interim meetings are available here.