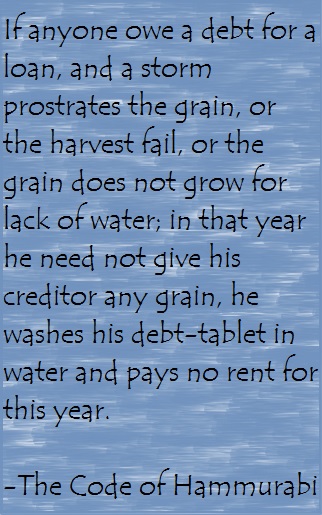 In about 1789, a group of people in Georgia and South Carolina formed a secret society called the Combined Society. They wanted to make money in land speculation. In the mid-1790s, they approached the governor of Georgia and many state legislators with cash and promises in hand. Georgia began as a penal colony, and they apparently hadn’t gotten it out of their system yet. The bribes worked.

The Georgia legislature passed the Yazoo Land Act of 1795, which authorized the governor to sell 35 million acres of land. The governor ended up selling most of what is now Mississippi to land speculators for $500,000. That comes out to about 1.5 cents per acre.

The voters of Georgia were not pleased, so they voted the scoundrels out of office. And the new legislature set about cleaning up the mess. They repealed the bill that allowed the sale. They also passed a bill voiding the original sale. They wanted the land back.

This made subsequent buyers a bit grumpy. One buyer, Robert Fletcher, sued the speculator, John Peck, from whom he had bought the property. The case worked its way up to the United States Supreme Court.

In Fletcher v. Peck, the Supreme Court held that the state law voiding the sale was unconstitutional. It was the first time the Court had ruled a state statute unconstitutional. The ruling was based on the obligation of contracts clause: “No State shall…pass any…Law impairing the Obligation of Contracts….” Article 1, Section 10 of the United States Constitution.

The court ruled that this provision forbids a state from rescinding a sale that was legal—no matter how unscrupulous—when it was made.

In another case, Ogden v. Saunders, the court found that the constitutional drafters included the provision because:

The power of changing the relative situation of debtor and creditor, of interfering with contracts … had been used to such an excess by the state legislatures as to break in upon the ordinary intercourse of society, and destroy all confidence between man and man. The mischief had become so great, so alarming, as not only to impair commercial intercourse, and threaten the existence of credit, but to sap the morals of the people and destroy the sanctity of private faith.

Although it makes sense to say that politicians shouldn’t try to get votes by promising to let us out of paying our debts, it eventually became clear that this provision can’t be taken at face value. It can’t apply to every contract because anything could be the subject of a contract. People have contracted for another person to commit murder. Taken literally, no legislative power is beyond its grasp.

I can guess what some of you are thinking: “No, it only stops legislatures from interfering with existing contracts. A contract that is made after a law is passed is still subject to the law.” Fair enough. This line of reasoning makes sense. It was the first distinction the courts found significant. To this day, the courts are more likely to overturn a law that affects existing contracts.

And yet, the words of the contracts clause don’t actually draw that distinction. Even with the courts confining this provision to retrospective effect, they realized that this reading was still too broad. What if a new pollutant has some serious side effect like turning everyone’s hair green? And what if a company had contracted to dispose of the pollutant in Colorado waters? Must the state stand aside and let all our hair turn green?

Here’s an actual case from 1987: Keystone Bituminous Coal Ass’n v. DeBenedictis. A coal company had the rights to mine coal under a town. The state passed a statute saying coal mining operations had to leave enough coal to keep the towns above from falling down into a black pit. The coal company didn’t like the fact that this meant their investment would probably lose money. So they sued.

The coal company wasn’t heartless; they didn’t intend to actually destroy the town. They asked that the state be made to reimburse them. But what if the coal company had been heartless? Did the state have no power to prevent its towns from falling down black holes?

Another 1980s case, Energy Reserves Group, Inc. v. Kansas City Power & Light Co., sets forth a test to harmonize the obligations-of-contracts clause with a state’s legislative power. To prevail, the person seeking relief must first show that there has been a substantial impairment of a contractual relationship. If the law constitutes a substantial impairment, then the state may justify the law by showing that the impairment serves a significant and legitimate public purpose. If such a purpose exists, then a court should analyze whether the legislation is reasonably and appropriately related to the purpose. If the court gets to the last test, they are going to be very deferential. If a reasonable person could think that the law affects the public purpose, they won’t second guess the law. So if the law isn’t goofy, the court will uphold it.

But, as in the case that began this post, the courts are going to be extra strict if a state seeks to get out of its own obligations.

Previous Post: Beware of Misusing State Resources During the Campaign Season
Next Post: One Hundred Twentieth Legislative Day Brings Session to a Halt – Ready or Not