At the statewide election held in November of 2013, Proposition AA asked voters to approve imposing two new taxes on legalized recreational marijuana – a state excise tax and an additional state sales tax. Because this ballot question included tax increases, Article X, Section 20 of the Colorado Constitution (TABOR) required the state to include certain financial information in the Blue Book, which is the ballot information booklet that Legislative Council Staff prepares and provides to the public before an election.

TABOR requires the Blue Book to include “[f]or the first full fiscal year of each proposed district tax increase, 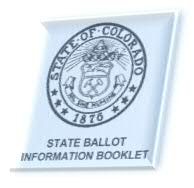 district estimates for the maximum dollar amount of each increase and of district fiscal year spending without the increase.” (TABOR Section 20 (3)(b)(iii).) To comply with these requirements, the 2013 Blue Book analysis for Proposition AA included the following estimates for fiscal year 2014-15:

TABOR imposes consequences if the actual fiscal year spending and revenue amounts from an approved tax increase exceed the estimates provided to voters before the election. Specifically, TABOR Section 20 (3)(c) requires that, if either the resulting tax revenue or actual fiscal year spending exceeds the Blue Book estimates, then the voter-approved tax increase is reduced and the state must refund the revenues that exceed the estimates. The only way to avoid these impacts is “by later voter approval.” The General Assembly may obtain this later voter approval by referring a ballot question to prevent the tax rate reduction and to allow the state to keep all of its revenue.

Based on the Legislative Council Staff’s December 2014 Revenue Forecast, it is currently projected that the amount of recreational marijuana taxes collected in fiscal year 2014-15 will be $58.7 million, which is below the 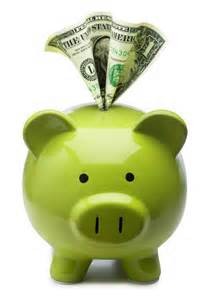 With total fiscal year spending for fiscal year 2014-15 likely to exceed the Blue Book estimate, the General Assembly may consider legislation during the 2015 session to:

To date, a legislator has not introduced a bill dealing with these issues. But the 2015 session is only almost half over, so there is still time for the General Assembly to take up this issue. Stay tuned!

Previous Post: New and Improved Appropriation Clause Coming Soon to a Bill Near You
Next Post: Requesting an Interim Committee? All You Need is a Letter