This week LegiSource continues its series on the statutory committees that oversee the legislative staff agencies. Last week, the series looked at the Legislative Council. This week, we review the history and duties of the Audit Committee.

By the 1960s, the Colorado General Assembly, like many other state legislatures, was starting to consider ways to increase the efficiency and effectiveness of state government. To that end, they created a legislative interim study committee that met each interim starting in 1961 and continuing through the early 1970s.  Each year, the committee took up different aspects of state government to study. By the end of the legislative interim, they published a report, which usually included findings and recommendations for constitutional and statutory changes. 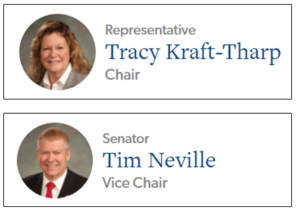 In the legislative interim of 1963, one of the study topics was the state auditing function. At that time, the State Auditor was a constitutional officer in the executive branch elected to a four-year term. The constitution prohibited both the state treasurer and the state auditor from running for consecutive terms, so it sometimes worked out that the same two persons would swap offices at each election. The State Auditor’s only constitutional duty in 1963 was to serve on the State Board of Equalization, which reviews valuations for property tax assessments and approves property tax manuals and appraisal procedures. The State Auditor’s two main statutory duties were conducting post-audits of all state agencies in Colorado and reviewing the audits made of local governments.

At that time, state auditing occurred in three areas, all housed in the executive branch: Pre-auditing by the state controller’s office, post-auditing by the State Auditor, and internal auditing within each state agency. A post-audit consisted of determining whether:

The General Assembly received the findings and recommendations generated by the post-audits, but the post-audits were conducted by an executive branch official.

The committee also recommended that, regardless of whether the constitutional amendment was adopted, the General Assembly should create a joint legislative audit review committee to assist in carrying out the post-audit program in the state.

In November of 1964, voters passed Senate Concurrent Resolution No. 3, adopting the committee’s recommended constitutional changes.[1] During the 1965 regular legislative session, the General Assembly adopted House Bill No. 1051. The bill enacted section 2-3-101, C.R.S., which created the Legislative Audit Committee consisting of eight members: Four appointed from each chamber, with two each appointed by the President and minority leader of the Senate and the Speaker and minority leader of the House of Representatives. All of the appointments must be approved by a majority vote of the legislators elected to the chamber from which the committee members are appointed, but an appointing authority may temporarily replace one of his or her appointments with a different legislator without the approval of the chamber.

The Legislative Audit Committee must meet at least quarterly each year and has the following major duties:

You can access the committee’s schedule and agenda, as well as recently released audits, through the Legislative Audit Committee page on the General Assembly website. The committee’s next meeting is scheduled for October 30.

[1] Section 49 of Article V of the Colorado constitution was amended in 1974 to allow a person to serve unlimited consecutive terms as State Auditor.

Previous Post: Legislative Council Provides Crucial Oversight and Guidance to the General Assembly
Next Post: The Committee on Legal Services