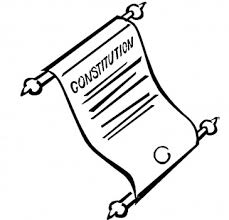 Each regular legislative session can last no longer than 120 days, including Saturdays and Sundays and any other days the General Assembly may decide to take off (section 7 of art. V). A regular legislative session can last fewer than 120 days, which has happened as recently as 2008. Section 7 also allows the General Assembly to meet outside of a regular session when convened in a special session by the Governor or by written request of two-thirds of the members of each house. During a special session, the General Assembly can consider only the specific subjects listed in the Governor’s call or in the written request. For more information on special sessions, see “Frequently Asked Questions concerning Special Legislative Sessions”.

Other constitutional provisions regarding the timing of legislative sessions include:

Previous Post: A Holiday Message
Next Post: Legislative Legal Services: The Variety of “Services” We Provide Beyond Bill and Amendment Drafting