Editor’s Note: This is the second in a series of seven articles on statutory construction that LegiSource is reposting during the 2019 legislative interim. This article was originally posted July 31, 2014. We will post the third article in two weeks.

When debating legislation or reading statutes, a person will sometimes wonder what a specific word means as it’s used in the bill or the law. A word may be defined in several places and in different ways within the Colorado Revised Statutes – or it may not be defined at all. Following are some tips for figuring out whether the words in a bill or statute mean what you think they mean. 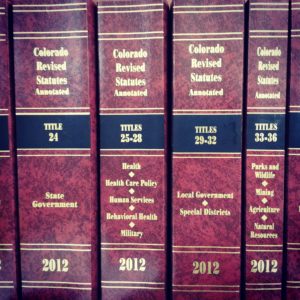 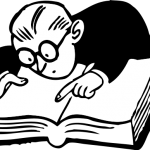 When reading a bill, remember that the definition of a word probably won’t appear within the bill unless the bill is specifically defining the word or changing the definition of the word. To understand how a word in a bill is defined, you may need to look up the definitions section in the existing law that applies to the section that the bill amends.

But, there will be many times when you will look for a definition in a bill or in the statutes and you won’t find one. Generally, a definition is included in a statute only if the word has more than one definition and it is important for clarity to define it specifically or if the word is a term of art. Also, a word may be defined to avoid repeated use of a long or awkward phrase. For example: the state board of public health and environment is usually defined as the “state board”.

Generally, words used in a statute must be construed according to their commonly accepted meaning. So, if a court must interpret a statute, and the words used in the statute aren’t defined, the court will open the dictionary and interpret the statute by applying the standard definition of the word. If you’re reading a statute and wondering what an undefined word means, you should do the same!