You’ve just learned that your chamber has delivered your bill to the governor’s office and now you’re biting your nails wondering whether Governor Polis will sign it. But you are admittedly a little confused about just how long he has act on it. Unlike legislative deadlines, this deadline is more of a floating deadline, completely unrelated to the legislative calendar—other than what day the General Assembly actually adjourns sine die.

The amount of time that the governor has to take action on a bill is actually described in Article IV, section 11 of the Colorado constitution which states, in pertinent part:

“…If any bill shall not be returned by the governor within ten days after it shall have been presented to him, the same shall be a law in like manner as if he had signed it, unless the general assembly shall by their adjournment prevent its return, in which case it shall be filed with his objections in the office of the secretary of state, within thirty days after such adjournment, or else become a law.” [Emphasis added] 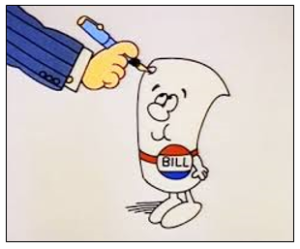 At the time of writing this article, however, it is not certain what day the General Assembly will actually adjourn sine die. In any other year when consecutive calendar days count toward the 120-day limit, it is much easier to tell when the General Assembly is in the last 10 days of the session.  However, in this unique legislative session during which a declared public health disaster emergency makes only those days when either the House or Senate convene count toward the 120-day limit, determining when that 120th day will actually occur is a lot murkier. For more information on how the General Assembly identifies “10-day bills” in a normal legislative session, check out this LegiSource article.

At this point, all indications are that the General Assembly is unlikely to meet the full 120 days they are permitted under the constitution and will, in fact, adjourn sine die early.  That is because, even though it is only the 82nd day of the 120-day legislative session, the Speaker announced on Monday that we are in the final five days of the session and both the Senate and House Majority Leaders announced in their respective chambers that, starting Wednesday, we are in the final three days of session. Despite those announcements, it appears more likely they will adjourn sine die on Monday.

If the General Assembly does, in fact, adjourn sine die on Monday, June 15th, then the 10-day rule will apply to bills that were delivered to the governor on or before June 5th.  For bills delivered to the governor on and after June 6th, the governor has 30 days following adjournment sine die to sign or veto those bills or they will automatically become law without his signature. And if the General Assembly adjourns sine die on June 15th, the 30th day following final adjournment will fall on July 15th.  Any bills that become law without the governor’s signature will take effect at 12:01 a.m on Thursday, July 16th, unless a later date is specified in the bill.