The legislative rules derive from several sources, and they are usually followed in this order of precedence:

Obviously, there are many legislative rules, and it’s difficult to learn and remember all of them. You may want to start by learning the basic principles behind legislative procedure. Knowing the principles may help you understand and remember the purposes behind the rules, even if you can’t remember each specific rule. The introduction to Mason’s Manual sets forth these ten principles for group decision making:

As you strive to master the legislative rules, you will no doubt have several questions. Fortunately, there are several persons you may ask for 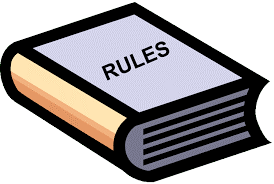 interpretations and advice. The Speaker, the President, the Majority and Minority Leaders, and the Chief Clerk of the House and the Secretary of the Senate are your most likely advisors. You should also consider talking with your committee chair, the Legislative Council staff, and the staff of the Office of Legislative Legal Services.

While knowing these basic principles is helpful, there’s no substitute for learning the rules. Remember: If you don’t know the rules, you can’t play the game.