While sitting in Starbucks, filling out the 2018 general election mail ballot, and sipping what might be your last Pumpkin Spice Latte for the season, you might think to yourself, “Only seven statewide initiatives—why aren’t there more of these delightful, thought-provoking questions?”[1] You might even be inspired to become an active participant in Colorado’s robust system of direct democracy. If so, here is an initiative-process primer to help you. 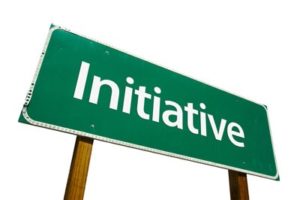 To paraphrase Lao Tzu, the journey of a thousand signatures begins with a single email to Legislative Council Staff (LCS). That is, proponents begin the initiative process by submitting to LCS a draft of the initiative to change the Colorado Revised Statutes or amend the Colorado Constitution, or occasionally to do both. The petition must be typewritten and legible and contain the text of the initiated measure, and it must include the names and mailing addresses of the two designated representatives of the proponents. Proponents are encouraged to write the measure “in plain, nontechnical language and in a clear and coherent manner using words with common and everyday meaning that are understandable to the average reader.”[2]

Two weeks after submission to LCS, LCS and the Office of Legislative Legal Services (OLLS) are required “to render their comments to the proponents of the petition concerning the format or contents of the petition at a review and comment meeting that is open to the public.”[3] Upon reading this rather formal-sounding requirement, one might think that the review and comment meeting is akin to the senate committee grilling Michael Corleone. It’s not. In fact, it is not a hearing at all because it is not conducted by a legislative committee and there no witnesses. Instead, it is a relaxed discussion at the State Capitol between staff, the designated representatives, (both of whom are required to attend the meeting), and the designated representatives’ attorney, if they have one.

But, like the scene from The Godfather II, the designated representatives will have a script for their discussion. At least 48 hours prior to the meeting, staff from OLLS and LCS will give the proponents a Review and Comment Memorandum, which includes our view of the proposal’s major purposes and our substantive and technical comments and questions. At the meeting, staff will read the review and comment memorandum aloud and provide the proponents with a chance to respond.

Many proponents view this as an opportunity to provide a record of their intent and to see if they can improve the measure. Others do not. For example, one set of proponents responded to each question and comment by saying something along the lines of, “Thank you very much for the question. We will take it under consideration.” Which is fine, as the designated representatives are under no obligation to answer our questions or make any changes after the review and comment meeting. This is their initiative and they are free to disregard our comments, considered and wise as they hopefully may be, and proceed to title setting.

Many times, however, the designated representatives will make changes based on staff’s questions and comments. If so, they can resubmit the measure to LCS for another review and comment meeting. Alternatively, if all of their changes are directly in response to staff suggestions, they may make the changes and proceed to title setting.

Initiatives do not appear in their entirety on the ballot, which is beneficial to everyone other than the printers paid to prepare the ballots. Instead voters are presented with a question known as a ballot title, which is in a form that they can answer “yes/for” or “no/against.” A ballot title is a summary of what the initiative does and includes the single subject and central features of the proposal. It cannot include slogans or catch phrases, and it must be brief.

To procure a ballot title, the designated representatives must submit their finalized initiative to the Secretary of State and appear at a title board meeting. These meetings occur on the 1st and 3rd Wednesdays from December through May. The title board consists of representatives from the Attorney General’s office, the Secretary of State’s office, and the OLLS. If the initiative is properly before the title board, and if the title board determines the measure has a single-subject, which is a constitutional requirement, then it will set a ballot title.

If the proponents or literally any other registered voter in the state is dissatisfied with a ballot title or the title board’s failure to set a ballot title, or with the abstract prepared by LCS, then he or she may file a motion for rehearing with the Secretary of State within seven days after the title board’s decision. The rehearing decision may be further appealed to the Colorado Supreme Court, which will hear the case on an expedited schedule. Obviously, these appeals can add a few extra steps for the designated representatives. On the bright side, this appeal means the proponents would have completed a coveted state government trifecta: legislative branch for review and comment; executive and legislative branch for title board; and judicial branch for the final review. How many citizens can say that? Not many.

“Not many” is also the answer to the question, “How many people will keep reading this blog if it gets any longer?” Check back for the next installment to read about the remainder of an initiative’s amazing administrative journey.

[1] I realize this may be an unlikely scenario. You may actually be having your first Peppermint Mocha of the season while voting and thinking about how much you like initiatives.