“Legislative oversight” generally refers to a legislature’s review and evaluation of selected activities, services, and operations and the general performance of the executive branch of government. The legislature exercises

this oversight to ensure that the executive branch administers new and existing programs efficiently, effectively, and in a manner consistent with legislative intent. Oversight has long been the focus of certain legislative statutory committees and has also become a required part of the hearings and work of the standing committees of reference.

According to a National Conference of State Legislatures article on the Separation of Powers – Legislative Oversight:

In Colorado, ongoing legislative oversight of state agencies occurs through the following methods:

Committee on Legal Services – review of administrative rules – §24-4-103, C.R.S.
The legislature’s review of administrative rules is one way in which the General Assembly exercises legislative oversight of the executive branch. A “rule” is a formal written statement of law that a state agency adopts to carry out statutory policies and administer programs. The General Assembly’s role in the rule-making process is in authorizing an agency to make rules and then reviewing and, if necessary, invalidating rules that are not within the agency’s statutory authority or that conflict with state law. The Committee on Legal Services exercises some of the General Assembly’s rulemaking oversight responsibilities by tracking legislation that requires the adoption of rules and notifying sponsors when required or authorized rules have been adopted and by annually introducing a bill that extends rules that are within the agencies’ statutory authority and allows rules to expire that are outside the agencies’ authority or that conflict with law. For more information on the rule review function of the legislature see “Legislative Oversight of State Agency Rule-making”.

Joint Budget Committee – fiscal oversight of state budget and finances – §2-3-201, C.R.S.
The Joint Budget Committee (JBC) is charged with analyzing the management, operations, programs, and fiscal needs of the departments of state government as part of creating a balanced budget, which the state Constitution requires. The Governor reviews the executive-branch budget requests, sets priorities for funding, and sends the executive-branch budget request to the JBC for consideration. The JBC reviews the Governor’s proposed budget and holds public hearings with each state agency and institution to discuss priorities and answer questions. Based on the information gathered in these hearings and other information provided by the JBC staff, the JBC drafts the annual general appropriations bill, which is introduced during the second half of each legislative session. 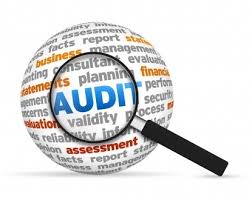 agencies, as well as reviewing other reports the State Auditor may prepare. In addition, the LAC reviews a number of annual performance audits required by §2-7-204, C.R.S., and conducted by the State Auditor’s office. According to Wikipedia, “an independent examination of a program, function, operation or the management systems and procedures of a governmental or non-profit entity to assess whether the entity is achieving economy, efficiency and effectiveness in the employment of available resources.” Based on recommendations from the State Auditor, the LAC may introduce legislation to create or clarify statutes identified in the audit reports.

Legislative oversight of principal departments – §2-7-101, C.R.S.
Section 2-7-101, C.R.S., better known as the SMART Act,* requires each legislative joint committee of reference to conduct hearings with assigned executive-branch departments regarding each department’s performance plans, regulatory agendas, budget requests, and associated legislative agendas – before each session. The goal of these hearings is for legislators to get a better sense of what is going on in the executive branch by asking questions, making sure that the departments are implementing laws as expected, and learning about departments’ legislative agendas before the legislative session starts. The appropriate joint committee of reference is notified when a department does not complete state auditor recommendations in a timely manner and when a department does not adopt legislatively required or authorized rules. The JBC will also use the departments’ performance plans to help prioritize departments’ requests for new funding. For more information regarding the SMART Act, see “So you think you’re so SMART?”

Previous Post: Water Your Plans? A Primer on the Colorado Water Plan
Next Post: Bill requests submitted? Then it’s time to decide the bill introduction order