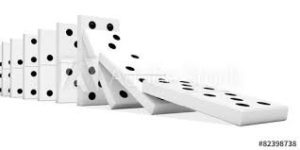 While counting only working calendar days toward the 120-day limit of the legislative session may provide the General Assembly with some relief toward achieving their “mission-critical responsibilities” after sitting out the worst (hopefully) of the pandemic, it also comes with some unintended (and not inconsequential) repercussions.  By counting only the working calendar days, the final adjournment of the 2020 regular legislative session is necessarily delayed, which, in turn, delays the 90 days following adjournment sine die, the time period the state constitution allows for a voter to file a petition to refer an enacted bill to the ballot.  That delay then compresses the period of time in which the Secretary of State and the Legislative Council Staff agency must accomplish certain mandatory procedures before the referred bill can be placed on the November 3rd ballot. Too much?  Think about it like dominos.

We had been anticipating that the General Assembly would adjourn its 2020 regular legislative session on May 6th (the scheduled 120th day).  But life as we anticipated it was unexpectedly up-ended by the pandemic, and, as a result, both chambers have been temporarily adjourned for several weeks now. It’s the current belief that the General Assembly will reconvene on May 26th and will have as many as 52 working calendar days remaining to complete its work. If the General Assembly uses all of those days and does not work on weekends or holidays, then adjournment sine die could be as late as August 6th, some 13 weeks later than expected. The first domino just tipped.

The Second Domino: The 90-day Petition Period is Pushed Back

Many of the bills that have already been enacted (73 bills) or that are still pending in the legislative process (226 bills) have a clause stating that the effectiveness of the act is subject to the filing of a referendum petition. That clause is based on a provision in the state constitution that allows a voter to file a referendum petition with the Secretary of State to place a bill that the legislature enacted (and that did not state that it was necessary for the immediate preservation of the public peace, health, or safety) on the November ballot.  The constitutional provision gives the voter 90 days following the legislature’s adjournment sine die to secure the required number of signatures and submit the petition and signatures to the Secretary of State. For more information on the peoples’ power of referendum click here.

If the legislative session had not been unexpectedly interrupted by the virus, the 90th day after May 6th would have fallen on August 5th.  By comparison, if the legislature reconvenes on May 26th, adjournment sine die may not occur until August 6th, pushing back the 90th day to November 4th, one day after the general election! The first domino just toppled the second domino.

But even if the General Assembly were to adjourn sine die before August 6th, maybe as early as June 12th, it would still prove difficult, if not impossible, to get a measure on the November 2020 ballot due to the several constitutional and statutory procedural steps that must be taken after the voter files a petition and accompanying signatures with the Secretary of State’s office but before the election.   Once the petitioner has gathered the necessary signatures (or more) to place the bill on the ballot, the Secretary of State must verify the signatures.  That takes time—as much as a month according to that office.  But that’s not all, the law also requires the Secretary of State to certify the content of the ballot to every county clerk and recorder in the state at least 57 days before the election, which is September 4th this year.  So even optimistically, if the General Assembly were to adjourn sine die on June 12th, the 90th day would be September 10th, nearly a week after the secretary of state is required by law to certify the contents of the ballot to the local governments.

And wait, there’s more!  The state constitution requires the Legislative Council Staff to prepare and distribute the blue book, an informational booklet for voters, which includes the text and a fair and impartial analysis of the measures that will be on the ballot, at least 30 days before the election. This year that means October 2nd. The constitution ensures the public’s opportunity to submit written comments for consideration by the legislative research staff in preparing the analysis, so time needs to be built into the blue book process to afford members of the public that opportunity to comment. And once that process is complete, the blue book must be approved by the Legislative Council and then finalized.  The Legislative Council meeting typically occurs the first week of September.  But you’ll recall in our optimistic scenario, the 90-day petition period would not even end until September 10th.  The domino chain reaction now appears unavoidable. 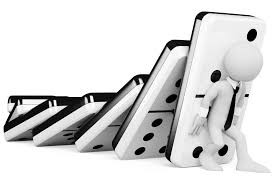 To stop the inevitable results of the domino effect, bill drafters have examined the nearly 300 bills with petition clauses and are working directly with the sponsors of those bills to prepare the necessary amendments to avoid total calamity—or at least avoid the likely calamitous effects of the delayed final adjournment of the 2020 regular legislative session on those bills.